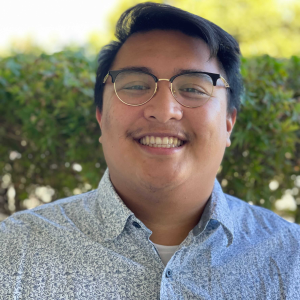 Arroyo Earth Team interns came together this past November to test the water quality of Lake Chabot near their school! Interns were curious to see if the lake’s health was affected based on the algae present throughout the lake’s surface. Here interns took samples of the lake by throwing the orange bucket and reeling it in! In the photos above, we have students testing different components such as alkalinity, dissolved oxygen, nitrates, pH, phosphates, temperature, and turbidity.

Many of the students were unfamiliar with some chemistry concepts and protocols. A year after virtual learning, the interns mentioned that they had to take chemistry via online learning and did not get a chance to have any hands-on labs. Interns reported that this was the first time they could put what they’ve learned over online learning this past year into practice!

In the last photo, we have Maria testing for nitrates in the water sample. This is done by using a chemistry technique called titration. This water test requires exact precision to titrate using the chemicals to determine if a sample has any presence of nitrates. If they add one too many drops, they may need to restart the test. This process added a sense of precision and excitement for the interns as they are very meticulous with every step in the protocols!