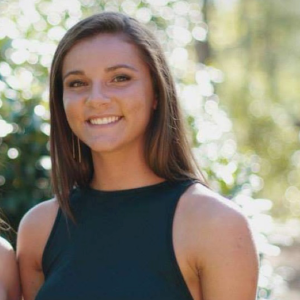 Earth Team interns had a blast on our recent Outdoor Explorer Program (OEP) camping trip at Sugarloaf Ridge State Park! This opportunity with Big City Mountaineers (BCM) offered interns a chance to learn new skills and expand their comfort zones in a safe environment, all while making new friends and enjoying the great outdoors.

Interns from all Earth Team schools met up bright and early to start organizing gear and get fitted for boots, packs, and layers. For many interns, this had been their first time camping, but BCM instructors were well seasoned and prepared for any and everything. Once we all arrived at our campsite, we began setting up camp- staking down tents, preparing our camp chair circle, and organizing our cooking set up.

Part of the experience in going on the the BCM overnight camping trip was to get familiar with being away from home in preparation for the backpacking trip that this same group of interns will go on in July. Interns familiarized themselves with camping practices and the leadership roles that OEP trips have. Included in these roles are: navigator, someone in charge of water (both finding a freshwater source and reminding folks to stay hydrated), cooks, as well as someone to give the quote of the day and the land acknowledgment. In order to recognize and respect the land we were on, an intern would give a land acknowledgment, honoring the Indigenous people as traditional stewards of the land.

After discussing the structure of the trip, in our camp chair circle we all shared our intentions for the trip: what we were excited about, what we were hesitant about, and what we hoped to learn and take away from the experience. After this, the group set off on a short hike, observing wildlife and identifying wildflowers along the way. Before the sun went down our cooks prepared a great meal and we all enjoyed it as we watched the sunset. One of the highlights for many was stargazing and pointing out constellations in the night sky. As the trip came to a close, Earth Team interns reflected on what they learned from the trip and what they were looking forward to on the backpacking trip.

It is one thing to learn about the ways we can protect nature and advocate for a more sustainable future, but personally experiencing the outdoors is what gives it meaning. Earth Team interns were able to connect with nature in a location close to home, making it more personal. Overall it was a great way for students to gain confidence in the outdoors, and will hopefully encourage them to seek out more opportunities in nature!