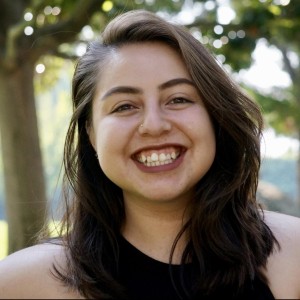 In Early November, Earth Team spent some time discussing Environmental Justice and its legacy here in the United States. This included an assignment where teams selected an environmental issue of their choice and created a news report style presentation on the issue and its effects. Here is a script by one group from Antioch High, about SF Bayview Hunter’s Point and its surrounding power plant facilities and the effects this had on the surrounding populations and air quality.

SF Resident: I have been living here since the 1990s, and I’ve rarely seen a clear sky because all of these power plants they always build here. Now my son attends the local school where they are going to build another one! I don’t want my son to be near those toxic facilities in danger of getting sick.

Anchor: The proposed plant is going to be 1.6 miles from the school Ms. Luna’s child attends. Here is what a local teacher at that school had to say about the plant.

Local Teacher: I’m a teacher at the elementary school and I worry about my health and the health of my students. I’ve read about what can happen to students in this area because of the pollution and they can develop respiratory problems like asthma. I don’t want my students to become sick just because they’re going to school.

Anchor: Those are good points and very true. Our final guest for this evening is Mayor Willie Brown. He has vowed to fight the opening of the plant, and how do you as the mayor plan to do this?

SF Mayor: as the mayor and the head of directors i refuse to let the power plant be constructed and pollute the land and its people.

Anchor:  Lastly, we have reached out to the San Francisco Department of Health who claimed the causation of environmental factors could not be determined due to the limited amount of information of the study. However, many have accused the department of blaming high cancer rates on increased poverty rather than toxic waste and pollution. This has been Mariah, I hope for  you to  join us at 11 where we will show you the weather for next week.